About Yoga and Its Secret Goal
There have been many yogis throughout history, but never was yoga so widespread as it is today. 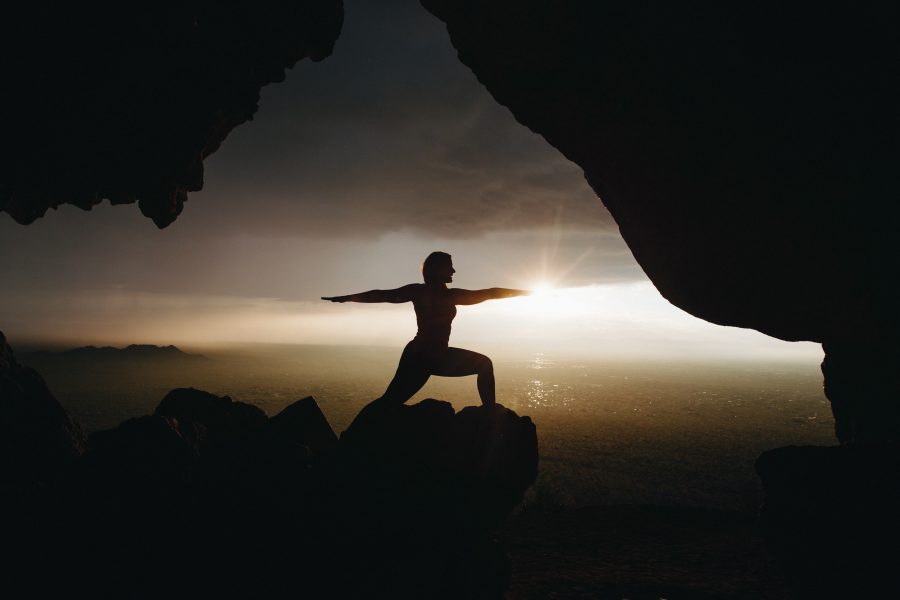 I would like to share a secret about yoga and its real purpose. Perhaps, you already know what it is.

Reflect for a moment.

After all, isn’t all knowledge ‘hanging’ somewhere in some collective consciousness? Often, learning is remembering, or recognizing something distantly familiar.

As a cohesive, practical system, yoga was developed over five thousand years ago. Why did it take this long to become popular? Five thousand years! There have been many yogis throughout history, but never was the system so widespread as it is today. Is there something about yoga that stunted its growth in the past?

Ancient yogis recognized powerful effects of this practice on one’s physical, energetic, and mental constitutions. As a service to the world, the rishis of the past sent out a wish into the future (a mental projection of sorts) that whenever the planet needs this ancient wisdom, it would re-surface.

And like a seed planted long ago, yoga popularity has germinated, sprouted, and now become a beautiful bloom with all of its traditions, styles, and variations. Obviously, the need is here and now. The world needs its message. Why? What is so special about yoga? What did ancient yogis foresee?

They saw Ego. Yes, a huge ego, growing into billions of faces and invading hundreds of cultures. The ego, or the sense of separateness, is an essential part of the mind. It places us in the infamous human predicament: ensuring our physical and mental safety, but robbing us of the continual experience of inner peace.

As a protective mechanism, the ego continuously strengthens itself through physical training of the body, conditioning and education of the mind, securing a ‘comfortable’ place in the world socially and financially, and so on. Basically, the ego always looks out for itself, even at the expense of others.

When dealing with other egos, there may be conflict. If unregulated, conflict may grow into war. History has shown how prevalent wars have been in ‘solving’ ego’s problems.

However, when dealing with the natural world, which has no ego and doesn’t consciously wage war, there is consistent, on-going abuse, overuse, and destruction.

As a conscious human being living in today’s world, you already know the damage caused by the constant onslaught of human ego-driven activity on our precious planet.

This is where yoga comes in. But what does yoga have to do with nature and the ego? Well, everything, really.

What is yoga, anyway? Union. Right? Union of everything:  body, breath, mind, inner self, and every other living and non-living thing in the entire existence: rocks, plants, animals, other humans, every thing.

Yoga is a realization that there’s Oneness behind everything and this Oneness is who you are. This Oneness is inexplicable in words or thoughts, but one feels it anyway, when, suddenly but often enough, one peeks beyond the mind’s constant chattering.

This experience of Oneness, of yoga, of lasting inner peace and happiness, is the opposite of Ego, the sense of separateness.

In fact, yoga, and absolute happiness, are experienced only when the ego is clear, or, to use the language of yoga, purified. Once the ego is pure, yoga happens naturally.

This may seem unexpected for some of you, but, as a science and a practical system, yoga primarily deals with the mind. It may begin with the physical conditioning of the body – postures and sequences to gain physical control, but all to get a handle on the mind. According to yogic wisdom, to control the mind perfectly is the most difficult task in the universe.

The body is much easier to control. Gradually, the transition is made from the physical to the subtle energetic and mental exercises.

So what about yoga’s secret goal?

Imagine what would happen if large numbers of people had an authentic experience of yoga. Imagine if people could sustain ego-less existence for periods of time long enough to feel compassion for all other beings on Earth. As yogis, awake to our inner nature and in union with our environment, ever conscious of the One essence behind all, we realize that we are inseparable from Mother Earth.

The purpose, or goal, of yoga becomes our purpose in life. We realize that it is our inherent duty to take care of our planet and all its creatures, to live in harmony, as a family, as brothers and sisters, with all. As yogis, we become ecology-warriors, messengers of Peace, and guardians of Mother Nature, and of Life itself. We realize that we are the caretaker-species; and that is why we have our intelligence and the energy for this grand task. We naturally dedicate our lives to alleviate the suffering of others, create peace in the world, raise our common consciousness, and awaken others to their true nature and the unity between all life.

So this is the seldom-told secret about yoga: its goal is to bring about change in the world – global transformation of consciousness. This is what has been projected by the great rishis of the past as a means to save our precious Mother Earth and learn to live in harmony and love.

Why is this a secret? Perhaps, ‘hidden’ or ‘unapparent’ may be better words. It is unapparent about yoga that it has such a deep transformational effect on one’s consciousness. Often, yoga comes into one’s life through the back-door of the ego. People are usually attracted to yoga because of the ego. The reasons for starting a yoga practice range from getting a yoga-butt to searching for inner peace.

Thus, the ego plays a crucial role in one’s path to self-discovery and ego-purification. With the regular practice of Love for the body, mind, and heart, yoga practitioners transform.

There are countless examples of such yogis, and you may very well be one of them. So thank you for your work. Please continue on your path, inspire others by example and become the needed change we want to see in the world.